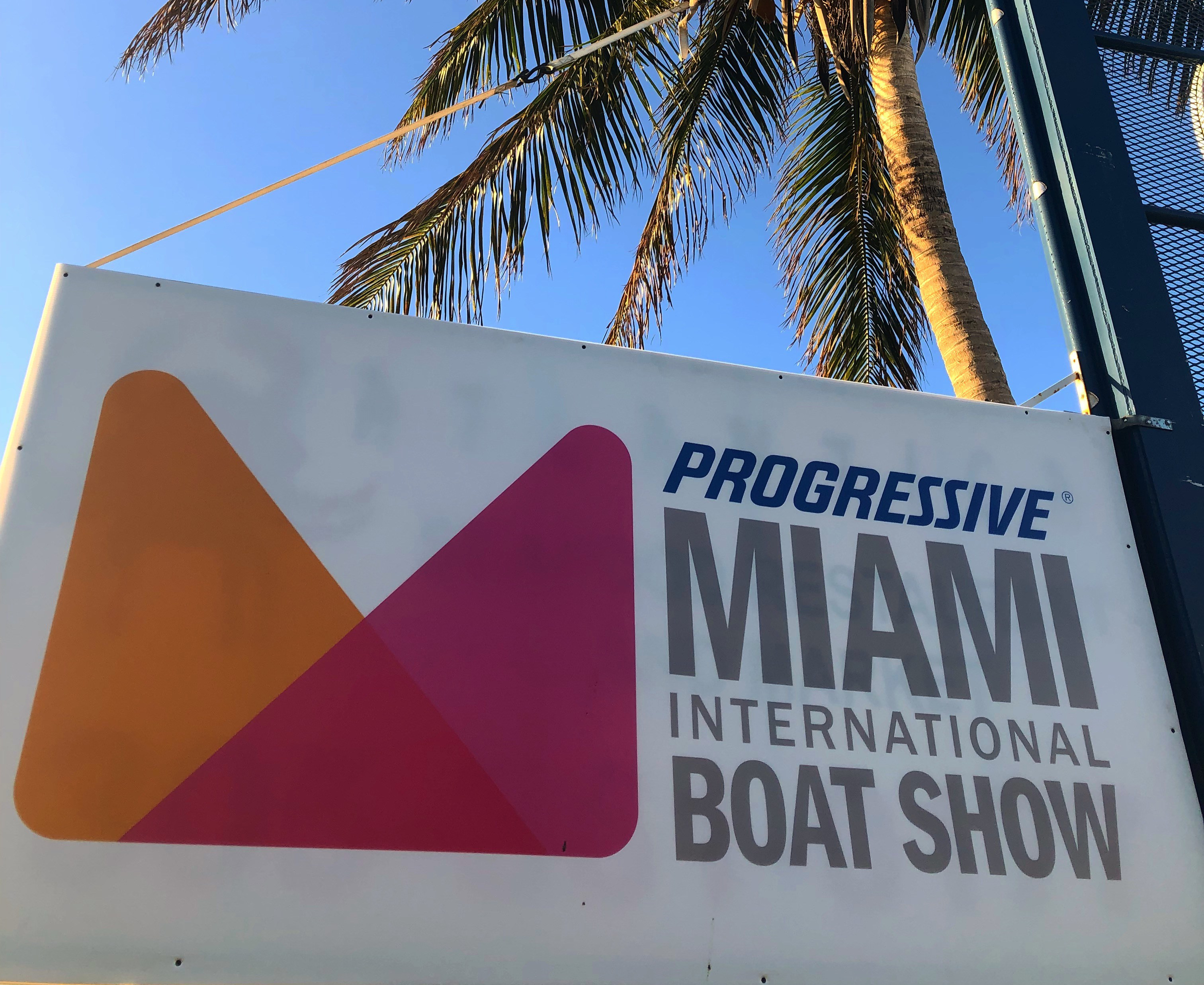 While the Miami Boat Show may not have been in the actual city of Miami, the show resembled the city in many ways. Visitors found themselves on a water taxi to get to the show, the venue was so large that it was easy to get lost in the tents or while walking the docks, and the 5 p.m. rush hour at the show was the same as the streets of Miami. With all this activity inside the show gates, it could have been difficult to stay connected to what was going on or where your favorite booths were located. I found the best way to stay connected at the boat show was by using social media.

Strolling the show as a Social Navigator rep visiting exhibitors and asking their opinion on social media to see if it does keep them connected with their audience.

While cruising over on the water taxi one morning, we met Jeff Jorgensen with Jeanneau Yachts who is an avid believer in social media. Jeff expressed his thoughts on social media and believed it should be more than a sales pitch. He says that it should be personal and have the goal to create genuine content relatable to your audience. He expressed how it’s essential to build this customer relationship beyond the Miami boat show, but also every day on social media.

After parting ways from Jeff, I quickly found a conversation arising with this sweet woman Amanda Haley. Amanda is a huge believer in social media and uses it personally and professionally. As a Yacht Broker for Denison Yachts, Amanda told us about the many connections and sales that Facebook has brought her. She also uses social media personally and has started her own YouTube channel “Amanda’s Sailing Adventure” about her everyday life living on a boat with her four beautiful children. Whether for business or pleasure, Amanda loves social media and claims “if you are not using social media, you are doing it wrong.”

Amanda hurried off to her booth as I approached the Southern Boating Magazine’s booth. A common concern Social Navigators hear from companies is “our audience is not familiar with social media and these platforms are new to them.” Southern Boating Magazine faces this problem and claims that their efforts have not been as successful as they intended because of the age demographic of their primary customers. But they do have hope; they expressed seeing their magazine becoming more active on social media, but they are just not there yet.

After grabbing a copy of Southern Boating Magazine, I stumbled upon Life Cell which is a marine safety company with an innovative product that makes ditch bags a thing of the past. After a tragic boat sinking experience, a father and his kids were stranded floating on a cooler for hours in the middle of the ocean, Life Cell was born. Not only is their product forward thinking, but their social media efforts are as well. Jenny from Life Cell expresses her favorite thing about social media is the timeliness of the platform. “Instead of waiting months to get your advertisement published, you can post instantly to social media” as this helps companies be relevant. Life Cell posted an update about their booth before the Miami boat show started to share what products customers could check out first-hand.

Social media helped a lot of companies connect themselves at the Miami Boat Show, as well as everyday life. As Amanda says, “if you are not using social media, you are doing it wrong.” Until next year Miami Boat Show!