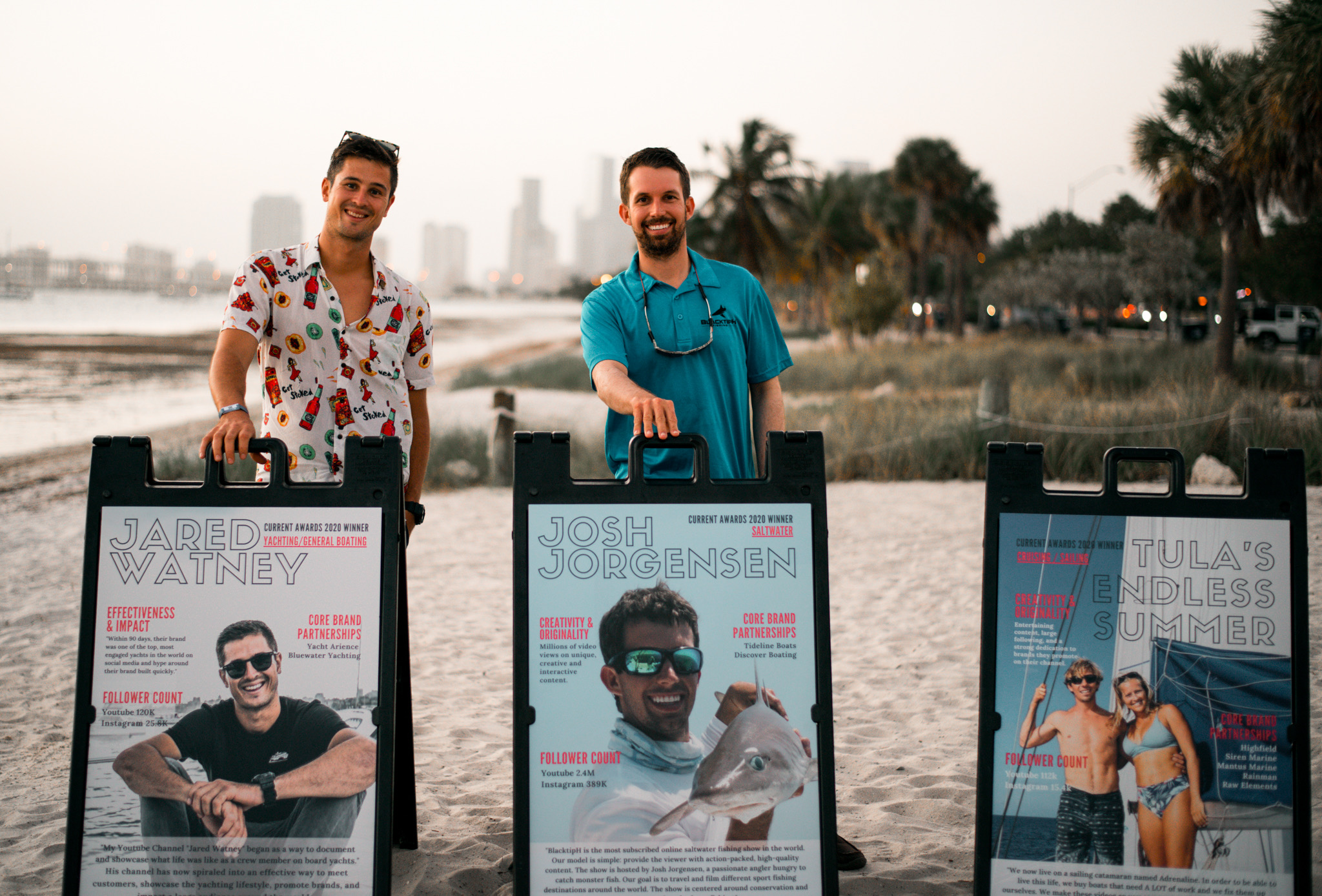 The Current Awards were held to honor the hard work of influencers and the hours they put behind creating their channels. Marine brands had the opportunity to network with influencers and create connections that go beyond the ceremony.

“It was amazing to meet these influencers in person and it was informative for brands to see how they fit into their marketing strategy. Creating relationships between brands and influencers is a win-win scenario. It was great to have it all happen in one place, on a beautiful beach with a sunset backdrop,” says Kirsten founder of the Current Awards.

This year’s winners of the Current Awards were chosen in three categories: Saltwater was won by Josh Jorgensen the main face behind BlacktipH Fishing, a primary Youtube channel with 2.5 Million followers. Sailing and Cruising was won by Billy and Sierra from Tula’s Endless Summer who have a Youtube Vlog about their sailing travels around the world. Lastly, the Yachting category was won by Jared Watney, for his content as a full-time mega yacht crew member published on a youtube vlog covering all his experiences working on a yacht.

Those who came to the event got to see in person the power and passion behind influencing the personalized shift in marketing. For those who were unable to make the event, you can keep up with “What’s Current” a monthly email and weekly blog about trending influencers and their content on our website.